The Stowers Page (in Progress) 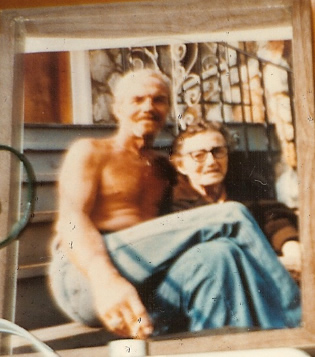 Photo Info written on the back.

"This is a picture of Momma and Richard taken 1 year before mom died. Thats my bedroom." Dottie Skrabacz 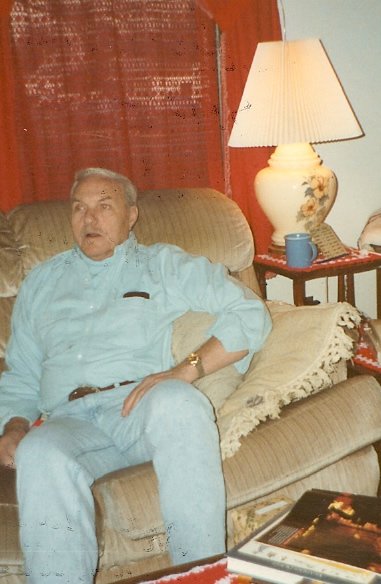 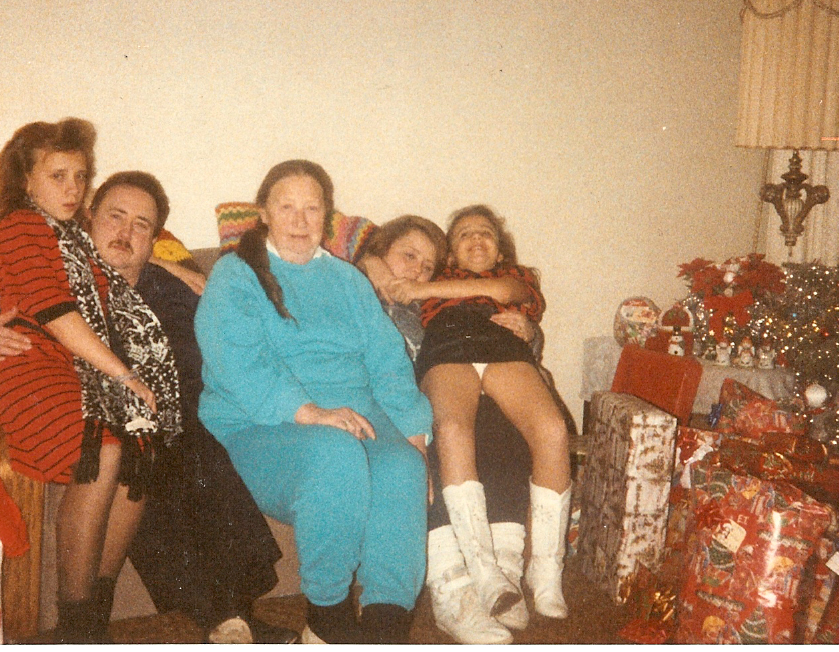 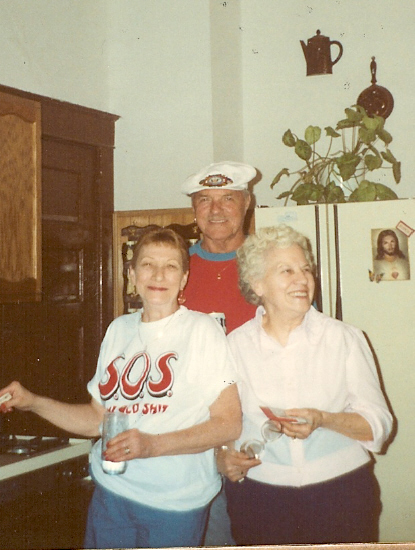 1992: Rich and Marys
Lola May is the cook and Dottie is beside her and that's Brother Richard in back.
The last time we saw her alive.
Sshe died of course this March.
Her and Gil died a few days apart in March.
We buried Gilbert six years ago St. Patrick's Day.

Additional Note from Jane: There are no additional notes on this page. 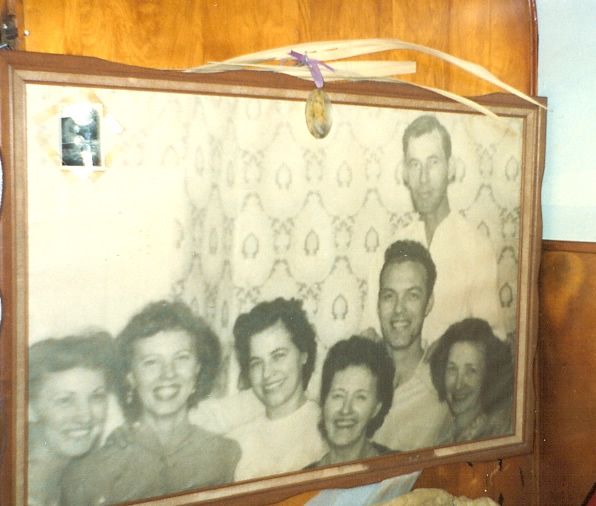 This is a picture of us all taken when Gilbert's daughter Barbie was born (1949)
Left to Right: Lola May; Betty Jean; Dottie; Richard; Mildred (Red) on the end
bottom is our Momma; the one above Rich is Gilbert.
The little one (tiny black and white) at the top is Dad holding their little Blackie dog.
Barbie, Gils' daughter, was 44 April 9th, 1993.

Additional Note from Jane: None

Jane Hackworth Pontinen wrote a book, If Mama Sang, about her growing up years in Piedmont, Missouri. During that years she began to pull together memorbilia and photographs of family members. She had limited contact with some of her cousins in her later years but these were photos she received, kept and noted for us to be able to have further information about our extended family.

If you click on the photos on this page, they will go to a larger photograph. If you are interested, right click and "save image as" for your own records. I would be interested in posting any family photos with stories on this website if anyone is intersted. I can either be contacted at If Mama Sang or pontinen@gmail.com.

"If Mama Sang" is a collection of vignettes, of family impressions, memories, stories that were passed on to her, some funny, some sad, and some perhaps embarassing. All are cherished by her family. A copy of her book can be downloaded or purchased at Lulu.com. View a few pages here.